Drawing a convincing fight scene in a comic book can be a difficult task. Especially in this day and age, when we are accustomed to moving images via animated films, as well as visual effects and sounds that enhance the action on the screen.

However, it is important to remember that animated films were inspired by comic books, the medium that came before them. Cartoonists managed to depict some of the most exciting action scenes without the use of additional audiovisual means, decades before animated films became a thing.

Regardless of your style, favorite comics, or sources of inspiration, there are a few skills and lessons you must master before your comic pages can make a BANG! impression. However, in order to avoid dulling your pencils without making any progress, this article will provide you with various tips on how to approach drawing the most convincing fight scenes.

First things first, you need to decide on the size and shape of your panels, as they will determine the flow of your story. The story flow should be easy to follow with logically arranged panels so the reader can easily move from one to the other. Think about the type of action you would like to present, and draw large enough panels that can fit all the movement.

Widespread grid layouts use six or nine panels per page. When you have a considerable amount of information to convey, a nine-grid panel is a good choice. Motion and action can also be expressed with a skewed grid, or a widescreen panel to achieve a dynamic, cinematic atmosphere.

Choose the primary focal point in each panel before drawing the characters and movement within them. A focal point directs the reader’s attention to a precise area in the panel, reducing confusion as the reader’s gaze moves from panel to panel. Consider the rule of thirds, dividing each panel into three equal portions and placing your focus point in one.

Once you have an overall idea of the scene, go back once again through these key points:

Study the Movement of the Body

Learning how to draw movement is crucial to accomplish immersive fight scenes in your comics. Once you get a sense of how the body moves and reacts in certain situations, you will be able to create a perfect illusion of action.

Fight scenes are basically focusing on crucial moments, or in film language frames, of combat. And when it comes to film, animation is a form that has a great history of movement research.

If you ever meet an animator of any sort, whether traditional 2D or modern 3D, they will always hook you onto their own “bible,” The Animator’s Survival Kit by Richard Williams. This book is an extraordinary guide that will give you a comprehensive look at the principles of animation. Created by the Oscar-winning director of animation, author of Who Framed Roger Rabbit, this book gives you every piece of information you need, no matter what skill level you’re in.

It’s crucial to comprehend the motion and the meaning of each “frame” of a hit, even when you’re working with still images. It also helps you determine the optimal placement for “ghosting,” the visual trace of an object’s prior position. 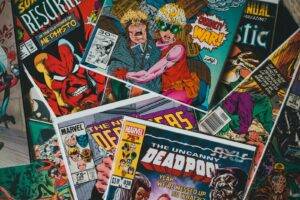 Putting your characters into action poses requires you to understand how the human body, especially muscles, works. When done correctly, this may add a great deal of depth and energy to an action pose.

Human anatomy can be researched through different approaches. You can always refer to anatomy atlases, or even your own body. Try putting your phone on a tripod and filming yourself doing different motions with your body. It may seem uncomfortable to watch yourself at first, but you can always create the exact actions you need for your scene. Create slow motion videos and see how your muscles, joints, wrists, and other body parts react to certain movements.

When drawing a fight scene, think about the nature of the action being illustrated and the nature of the interaction between the two objects or subjects. A person will fight back physically with the same amount of force that was used against them.

Implying where they are being struck is typically done by drawing a < shape. Consider that a person’s body will make a more pronounced < shape when struck in the stomach, with the neck and shoulders moving forward and the hip becoming the point at the back.

Or, if you hit a person in the back of the knee, they’ll crumple, but if you hit them in the front, you’ll just push their weight backwards.

Using close-ups of faces, fists, or feet to indicate close combat is also helpful. It is angling the focal point to capture the characters’ emotions and gaze as they stare down their opponent, amplifying the intensity of the action. Action can also be conveyed through facial expressions like clenching teeth, scowling, or yelling.

The Rules of Nature

Understanding the physics of nature is also important to create as realistic scenes as possible. Everything your characters wear or have on their bodies has a momentum. Depending on the situation they’re in, everything will react accordingly.

Get familiar with the costumes, clothing, or weaponry of your characters. Study how different materials react, and don’t forget about their weight. Heavier materials will have a greater impact when used in a fight, and lighter clothing will fold and move in or contrary to the direction of the moment.

This will all help you describe the movements better and create more interest in the scene. You can refer to different video footage: dancers, ice skaters, sword fighting, or even just your favorite movies. Try using some of your favorite movie fight scenes and analyzing them frame by frame. Look closely at all of the action-reaction moments, how bodies interact with each other, and how momentum drives the action forward.

Draw Inspiration From Your Favorites

Dissecting your favorite fight scenes can also help you understand the amount of action that needs to happen. Ask yourself these questions:

This can help you plan out the scene before you even start drawing it. This way, you will get a sense of what’s most important to show in order to evoke emotion and excitement for the readers.

Use Line Effects and Sound Bubbles

The impression of rapid motion can be achieved by altering your line art and by adding impact points, speed lines, or other line effects. 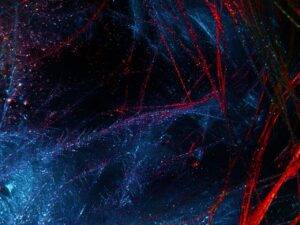 The intensity of a character’s expression can also be conveyed through their hairstyle by using speed lines to alter the style. The effect can be amplified by changing the direction and including details like blood splatters, sweat or saliva drops.

It’s common practice to rule speed lines so that their beginning and ending points always coincide, which conveys a sense of rapid motion (sudden start, sudden stop). Each line can begin at a unique location and end at a unique point; lines can also be curved using a french curve or an ellipse. Line art of the moving object can have sections replaced by speed-lines to give the impression of motion.

The final impact is the final action in the scene. Play around with drawing different jagged speech bubbles or using different speed lines. There is no need for it to be a fully closed point.

It can be just the top or side, or both, depending on the mood you want to set.

Every scene has its context—the environment that affects the fight, obstacles around the characters, weather conditions, size, weight, emotions and strength disparities of all characters. All of these can affect the resolution and flow of the fight itself.

Avoid using the same approach in your drawings for different settings. Always think about the scene as a whole, as different factors can affect your heroes in various ways. Maybe the rain starts and makes the ground slippery, making the enemy more vulnerable? If other factors come into play, try integrating them into the storyline.

Allow individual traits and external factors to shape the story and think about everything that can drive the story forward. Maintain a consistent context update throughout the fight.  The injuries sustained from each blow, as well as their potential immediate, long-term, and cumulative effects on the victim’s range of motion, mental clarity, and other senses, must be taken into account.

Sometimes, intuitive drawing can take you places you can’t even imagine. But, with a solid foundation, drawing freehand and without a plan can be a tedious task.

There will be a lot of crumpled and thrown out pages (or deleted files if you prefer drawing digitally), but that is all part of the process.

There are no cheat codes for skill progression, so practicing is the only way to perfect your craft. Just remember not to be too hard on yourself. You can even go back to your previous works, see what kind of progress you’ve made, or even get inspired by some great fight scenes you have already created. As the saying goes, trust the process!

Installation Of The Towel Dryer

What should the future landowner know? 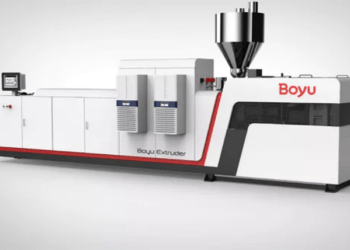 Why You Need To Choose SPC Flooring Machines